Why Rings Are Exchanged at Weddings 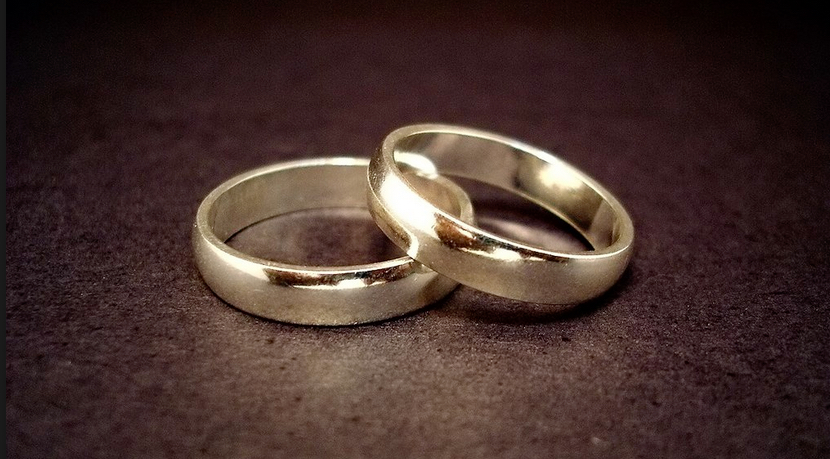 While some historians have traced the exchange of rings back to ancient Egypt, the custom of Brides and Grooms exchanging rings appears in many cultures and religions with a variety of meanings.

Rings, being “circular” carry the metaphor for life’s cycles and eternity; no beginning nor end.

Why the left hand? Possibly because most folks in the world are right-handed and the left hand will therefore be used less, thereby protecting the ring from wear. There are many theories as to which particular finger came to symbolize marriage. Both the ancient Romans and Egyptians believed that a vein ran directly from the 3rd finger of the left hand to the heart. Called the vena amoris in Latin. How very romantic!! But, alas, untrue. No such vessel exists.

The 4th finger of the left hand, generally regarded as the “ring finger”, tends to be least used and again protects the ring.

In medieval England, a bridegroom would slide the ring part way up his bride’s thumb, index and middle finger, saying “In the name of the father, the son, and the holy ghost” as he passed each one. He then put the ring on the next available finger – the third finger of the left hand.

Some Jewish brides have the ring placed on their index finger, since that is the finger with which they point to the Torah as they read.

There is evidence that some cultures viewed the wearing of a wedding ring as the husband “owning” the bride. Today, as both the Bride and Groom offer a ring to one another, in western culture, that old idea of ownership is dispelled. Worn as a badge of fidelity and commitment, it is an outward indication to all that the person wearing the ring is unavailable for intimate social contact.

Whatever the history may be, and irrespective of the material; whether gold, silver or ceramic, rings represent a lasting and tangible reminder of the vows that Brides and Grooms share with one another on wedding day.

Are you looking for a Wedding Officiant or Wedding Minister in Rockland County or New York City for your wedding ceremony? Need help writing personalized wedding vows? We perform weddings throughout New York State, in New York City, and throughout Northern New Jersey. You can see all of our reviews at WeddingWire.

Would you like more information about our services and availability?

Drop us a line using our ONLINE CONTACT FORM HERE and we’ll follow-up with you promptly.